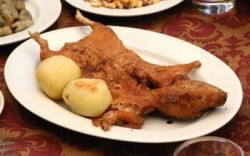 Hi, Perry Belcher here. I’m a food lover. I love to dine in the quiet coziness of my home together with my family and friends. But sometimes, it’s exciting to eat out. So from time to time, we hit the road and choose a restaurant that serves exquisitely luscious beef steaks or scrumptious fresh seafood, or search where we can find the best pasta house in town.

Oh, just telling you this makes me hungry!

I’m a great food lover. Unfortunately, I’m not as adventurous, daring and bold as Andrew Zimmern. Zimmern is the host of Travel Channel’s Bizarre Foods. In that show, I’ve seen him munch down on armadillo meat, various species of worms, fat squirmy live grubs, and alien-looking lampreys, just to name a few.

And what’s even more interesting about him is that he doesn’t make faces whenever these weird dishes are introduced to him and he has tasted them. In fact, he simply plunges in his fork, puts it in his mouth, and after a few chews describes to his viewers exactly what it tastes like. Well, it tastes like chicken! For him, everything is delicious no matter how outright disgusting and bizarre it might look. He always says, “If it looks good, eat it!”

This remarkable man really inspires, or rather challenges, me to write this blog. He definitely wins hands-down when it comes to gulping down such strange dishes. But I’m pretty sure I have the stomach for giving you descriptions of the world’s top ten strangest foods. So, let’s begin…

What does Soup #5 have in common with Prairie Oysters and Singaporean Tee Eng Wang’s deer? Phalus. Yes, you read it right. Soup Number 5 is a dish meticulously cooked and served with a bull’s penis, testes, and rectum in it. It occupies the tenth spot because although it sounds very mysterious, the cowboys in Phoenix, Arizona also eat their bully champ’s genitals.

This strangely-named dish is sometimes called “Viagra soup” as many believed it is an aphrodisiac. I just wonder – how is it that chewing a bull’s scalded, sliced, and sautéed reproductive organ can make you a bull in bed? Is it some kind of power transfer?

As for the taste, it has to be acquired. This dish and its “low-hanging” relatives don’t taste like chicken…at all. Avid offal diners describe it as tasting like an overcooked “tentacled” mollusk.

It’s neither a dog nor a hotdog. It’s boodog, a nomad’s food. Boodog is basically a whole marmot or goat cooked with hot stones inside its belly. In Mongolia, stainless steel kitchen wares are not the things nomads would carry around as they roam the vast Mongolian planes. Instead, they found an ingenious way to cook an entire beast – with hot stones. Here’s how it’s done:

First, heat selected smooth stones. Then with mercy, slaughter the goat, but don’t cut it into pieces. Remove its entrails, break its bones, and hang the animal upside-down to bleed out. Once the blood is drained, it’s ready for stuffing.

Get your heated stones and shove them into every cavity of the dead goat. Don’t leave out the leg skin. You want that part to be cooked, too, so cram your stones in there as well. When you’re done, you can blowtorch or roast the stuffed goat until it reaches the desired doneness. Voila! Now you have a Boodog – the most authentic Mongolian barbecued whole meat.

Well, it wouldn’t be a top ten list if it didn’t get worse as we count down to the top spot. Rats, which we mostly perceive as pests from the darkest walls of our underground septic cities, climb onto some people’s tables and end up on their silver plates.

In some parts of the world, such as West Africa and North Korean remote villages, rats are incredibly common food. It’s not because they find vermin very delectable. It’s because there is often very little else to eat. However, the kinds of rodent they feast on are not the same ones that cities harbor, but those that flourish in their vast fields. At least you can settle that in your head that they are not human-waste-eaters. But no one can be so sure that these rats don’t carry disease-causing bacteria and parasites such as leptospirosis.

Surprisingly, they say countryside rats taste like chicken, although the meat is kind of tough and sinewy. And to taste like chicken, rats are usually cooked in the same manner that you cook chicken. They can be grilled, deep fried, sautéed, peppered with herbs, stuffed, boiled, torched or oven baked. Just recently, the Chinese media reported that about 2-billion flood-displaced field rodents were being transported from central China to be served in restaurants in the south. 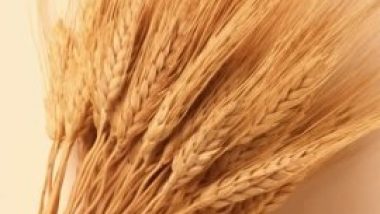 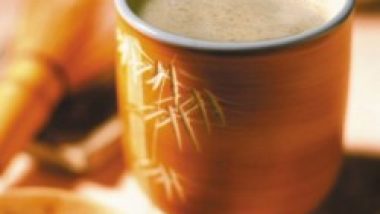 What is Chai Tea?