How to Cook Ham 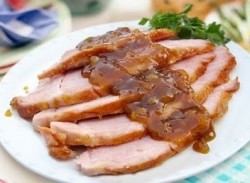 With all the resources out there, a simple internet search will produce tons of recipes about how to make the perfect ham. The great thing is that most websites that list a recipe have a place for those who have tried the recipe to share their own ham making tips and reviews.

These can be so helpful when trying to decide what recipe to use. So many of the recipes sound delicious so why not use the opinions of others who have tried it to find out how good the recipe actually is?

How about an apricot honey ham glaze? Not only is it rated as delicious but it is also very easy to make, which is why it is such a very popular recipe. The ingredients include apricot preserves, honey, cornstarch, lemon juice and cloves.

All these ingredients are combined in a saucepan over medium heat until the mixture becomes thick and bubbly. The glaze is simply spooned over the ham and then basted over the ham during the last 30 minutes of baking.

There is nothing quite as good as baked ham and pineapple. This is another recipe that usually gets rave reviews. After a ham has been cooking for half the allotted time, this is when the pineapple comes into play.

Drain the juice from a can of sliced pineapple. Combine the pineapple juice, brown sugar, and honey in a saucepan. Cook the mixture over low heat until the sugar is dissolved.

Brush the ham with the pineapple mixture after scoring the ham in a diamond like pattern. Then arrange the pineapple slices with cherries in the middle over the ham and secure with toothpicks.

Another yummy recipe is a ham marinade! A marinade will allow the ham to absorb the juices and keep it very moist during baking.  This marinade is made up of brown sugar, honey, dry red wine, pineapple juice, and garlic. The ham sound be marinated for anywhere between 6 hours and overnight. 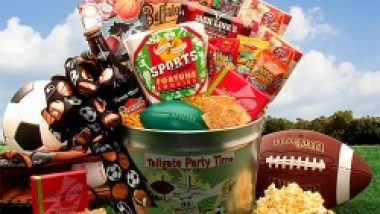 Gift Basket Varieties For Anyone On Your Gift List 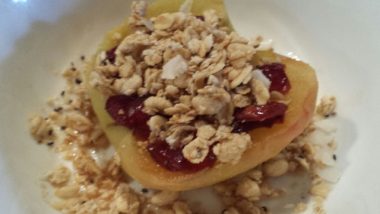