How to Choose, Cut, and Store Watermelon 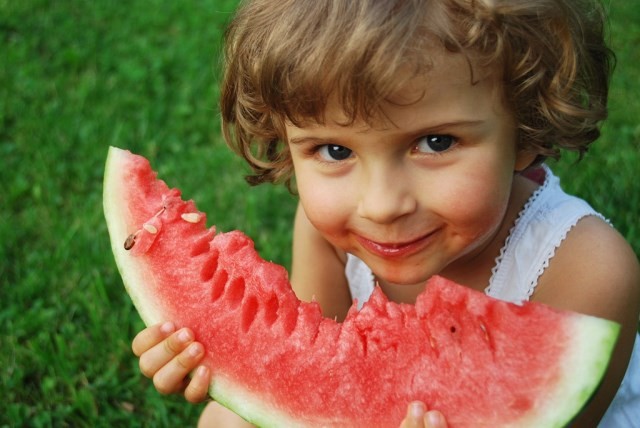 There is nothing quite like a juicy, ripe slice of watermelon in the summer. I remember back in the “olden” days, when eating watermelon would mean a seed-spitting contest was about to begin. Who could spit their seeds the furthest? I also remember being told by my mother that ladies with big bellies (pregnant) got that way by swallowing a watermelon seed that grew in their belly. Made me be very careful not to swallow one!

With today’s seedless watermelons, we don’t have to worry of a watermelon growing inside of you, but with or without seeds, watermelon is always a favorite treat in the summer because of how refreshing and light and flavorful it is. But, there is nothing worse than biting into a watermelon that has gone bad or just wasn’t ripe enough to begin with. So you’ll want to make sure you choose the right watermelon from the get-go, and then also make sure you store it correctly. Plus, wouldn’t it be nice if there was an easy way to cut it up into bite-sized chunks?

Here are some tips to make sure you get the most out of your watermelon this summer.

Also take notice of its appearance. A bright, green-colored skin that’s free of cuts, and is firm and symmetrical, is what you want to look for. You don’t want one that is narrow on one end or misshapen, because this means it grew in bits and spurts. It should also feel heavier than it looks. Since watermelon is 90% water (which is what makes it so refreshing), you want plenty of water in your watermelon. More water means it’s nice and ripe, giving it a much sweeter taste.

Now that you have picked the perfect watermelon for your summer event, you want to make sure you store it correctly so it lasts longer. 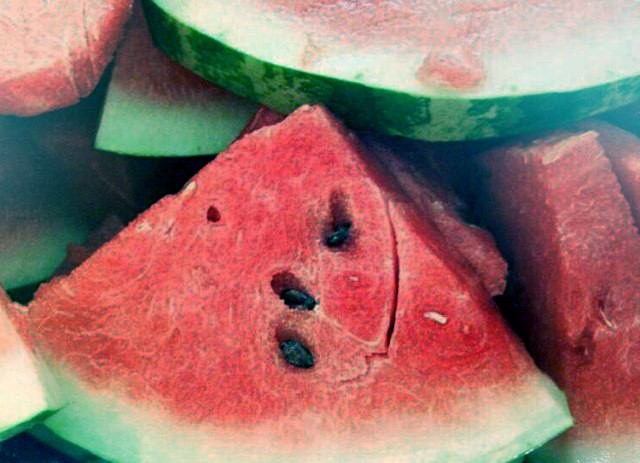 How to Store Watermelon

The best place to store a watermelon is in a dark, cool place like a basement. However, if that’s not a possibility, then the next best place is in the refrigerator. This keeps it from rotting. Not only does it keep it fresh, but the coolness will also make it much more refreshing for that summer treat.

Once you have cut into your watermelon, you want to make sure you tightly wrap it in plastic to store in the refrigerator. If it’s cubed or balled, just place it in a tightly sealed plastic container. If you sliced it, just place some plastic wrap over the exposed edge. This way it won’t attract the other flavors and scents from the refrigerator and change its taste. It should last about a week in the refrigerator.

Now here’s a little demonstration of a nice, non-messy way to cut up a watermelon into bite-sized chunks.

There you have it – the facts on how to choose, cut, and store a watermelon for this summer. Now you should have no problem getting the most out of your watermelon. Just be sure to pass out the napkins!

P.S. Check this out if you’d like to know the health benefits of watermelon. 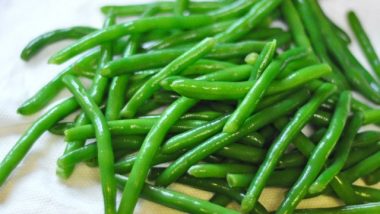 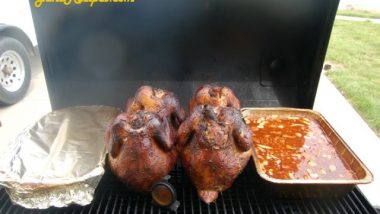 Beer Can Chicken (aka Drunken Chicken)